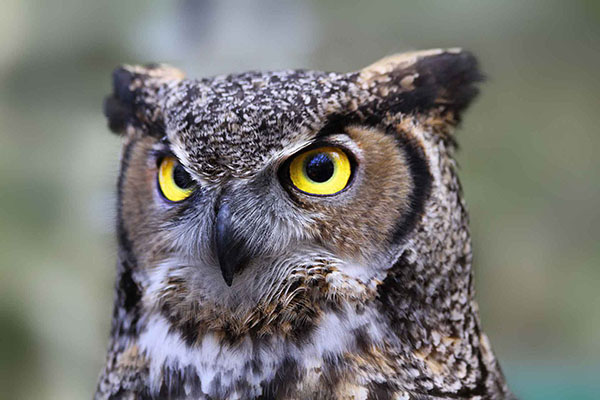 On June 10, 1967, a prophecy, pronounced 1,934 years before, was fulfilled in Jerusalem, Israel. This occurred when the Israelites took complete control of the city during the Six Days War, bringing an end to “the times of the Gentiles” over the city and stopping them from continuing to trod her underfoot. Luke records that this prophecy was proclaimed by Jesus Christ (Luke 21:24).

From 1922 to 1991, the sign of the Seventh King-Kingdom-Beast was clearly visible in all the Earth, the Union of Soviet Socialist Republics being its unmistakable manifestation. This officially atheistic empire lasted only “a little while,” just as the prophecy said. It spoke and acted with the same hardness and violence of the six previous kings (Sumeria-Babylon, Egypt, Syria, Medo-Persia, Greece and Rome). Were you aware of these events and their significance? The prophecy about the Seventh King is found in Revelation 17:9-10.

Did you know that the Eighth King-Kingdom-Beast is yet to fully manifest itself? “It belongs to the seven, and it goes to destruction” (Revelation 17:8 and 11). Being one of them, it speaks and acts just like they do, deceiving the rulers of the nations “of the whole world” and uniting them in moral, philosophical and spiritual battle against God the Creator and his people. (Revelation 16:12-16). Woe to the inhabitants of the earth because of the Eighth King! He is the fearful “Little Horn” that blasphemes God and wars against the saints. But, the Judge will check-mate his dominion, consuming and utterly destroying him. He is the last of the evil lineage of Eight Kings-Beasts, idolatrous, atheistic and persecuting (Daniel 7). The last, God be praised! Did you know all this? There is nothing so very hard about it if you know or learn a little history. Understanding it infuses our souls with light, courage and hope in a troubled world.

Did you know that the Millennium is, in reality, a time of religious liberty coming between the first long period of persecution by nations and churches Satan has deceived, and at the other extreme, the “little time” just before the end of the world when persecution will be renewed? Nothing of “Christ sitting on a throne in Jerusalem, and ruling over an earthly Paradise for a thousand years.” Nations deceived, that are not deceived for a thousand years, that are deceived again. Nations that persecute, that do not persecute for a thousand years, that persecute again. (Revelation 20:1-10) So elemental. Today, religious liberty is enjoyed in almost all the earth, though with a few notable exceptions. We live during the Millennium, but numerous signs indicate its weakening and coming end. Do you understand how marvelous is the blessing of religious Liberty? Are you taking advantage of it?

Do you understand that the day when Jesus comes like a thief in the night will be proclaimed by him with a cry of command, the archangel’s call and the trumpet of God? If you read 1 Thessalonians 4:14 - 5:7 with a clear head, you should quickly see that he does not come silently. Nothing there about a “secret, silent Second Coming, rapture of Pentecostals, Third Coming after the Millennium. ”Do you see it and understand it?

Obligatory celibacy is attributed by the Holy Spirit to deceiving spirits and promotors of apostasy (1 Timothy 4:1-3), while obligatory marriage and having obedient, believing children are among God’s requirements to be a bishop (elder, pastor). For he who does not know how to govern his own house, how will he take care of the family of God? (1 Timothy 3:1-7; Titus 1:3-10). Did you know that? Do you fully understand it?

Do you know who Mammon is? He is the pagan idol of money and material riches against whom Christ sternly warns. (Matthew 6:24). Have you noticed how many pastors, evangelists and priests of today praise and follow Mammon, exhorting their followers to do the same? Especially, Pentecostals and charismatics, with their very popular “gospel of prosperity.” Have you read or heard the expression: “the love of money is a root of all kinds of evil”? (1 Timothy 6:10) Does common sense not tell you that the prosperity gospel in no way harmonizes with this truth? Nor with: “My kingdom [church] is not of this world”, another fundamental truth of the spiritual gospel of Christ (John 18:36). Do you serve Mammon or the Lord? “No servant can serve two masters… You cannot serve God and Mammon.” (Luke 16:13) Do you see that today Mammon is right there in many churches, disguised as “pastor, preacher, evangelist or priest?” That avarice often appears dressed with religiosity?

Do you know that people not converted to God and his Son will be saying “Peace and security” during the days before the sudden, catastrophic end of the world? (1 Thessalonians 5:1-7) Because the deceived governors of the nations of the whole world will be united on a platform of aggressive atheism, demonic idolatries and crass worldliness (Revelation 16:12-16; 9:20-21). Meanwhile, ridiculers and their supporters will be defiantly saying: “There will be no such catastrophic end because all things continue as from the beginning!” (2 Peter 3:3-14). But, do you want to know something? “Sudden destruction will come upon them, as labor pains come upon a pregnant woman, and there will be no escape” (1 Thessalonians 5:1-7). Do you understand? If you are understanding, I respectfully ask: what are you thinking about doing?

To know is a marvelous privilege. Understanding infuses knowledge with life and power. Implementing full understanding of correct knowledge in daily life is wise and spiritual. If you agree, would you, then, like to obey the truth for the purification of your soul? (1 Peter 1:22; John 8:32)

We are more than happy to provide you information on the nearest congregation in agreement with the teachings set forth in this message, put you in contact with a competent evangelist of the Christ’s New Testament ready to baptize you according to the Lord’s instructions (Matthew 28:18-20; Mark 16:15-16; Acts 2:37-47) or respond to any doubt or question you might wish us to consider. Without obligation or cost.

May God bless and guide you in your search for him and the incomparable, eternal salvation he offers.

Did you know… Do you understand? PDF

Did you know… Do you understand? JPEG

SPANISH VERSION of this article “Did you know… Do you understand?”

Bible studies in PowerPoint for youth and adults. Tracts in PDF and JPEG: Print your own or order.

Churches of Christ in the United States   www. www.21stcc.com/ccusa/