Le puede interesar: The treatment by elders of minorities in a mixed multiracial-multinational-multiethnic congregation.

Discrimination
in churches of Christ 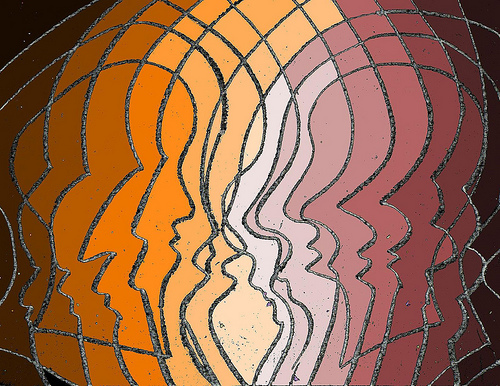 In the ideal church according to God and Christ…

“There is no longer Jew or Greek [zero discrimination because of ethnicity, race, nationality, or political alignment]…

“…there is no longer slave or free [zero discrimination because of social rank, financial standing, academical preparation or occupation]…

In the 21st century, is this ideal being fully implemented in congregations around the world?

In this first article, we focus on:

Zero discrimination in congregations because of ethnicity,
race, nationality, or political alignment.

Is this state of “zero discrimination” enforced in areas of marked racial multiplicity? Not just in word, nor as an illusion or goal, but as a reality of everyday life.

For example, in central and southern Florida, in the state of Texas, in southern California and New York City?

Where there are many multinational, multiracial, multiethnic congregations, in three distinct categories.

1. Those composed completely of Spanish-speaking Christians. Each one with its own leadership. Also, having its own meeting place, either owned or rented.

There usually being, in this category of congregations, Hispanics from different countries, is it possible some might discriminate one against another because of their different physical traits, accents, jargons, customs, traditions, etc., or do they all enjoy harmonious relationships, without negative ethnic-nationalistic-linguistic-cultural frictions? 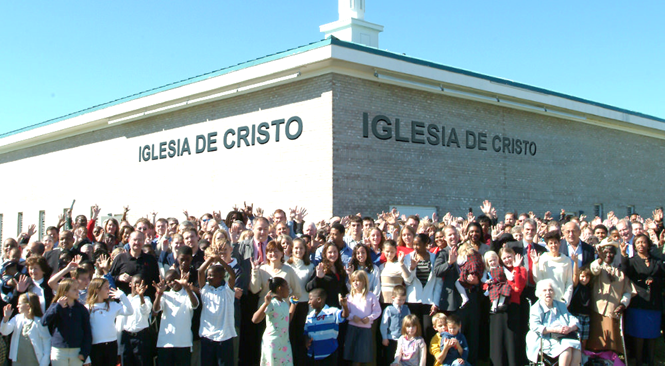 Truthfully, are they ONE in Christ Jesus? Their mutual spiritual communion and love overpowering any physical-racial-material-earthly circumstance or condition? Are they “perfectly joined together in the same mind and in the same judgment?” (1 Corinthians 1:10) Or do certain fluctuating currents of discrimination, openly evident or, perhaps, almost imperceptible, subtract from that perfect unity?

The ideal congregation of this category is that one where factors of birthplace and physical upbringing do not result in any discrimination whatsoever.

It is that one where “there is no longer” Honduran nor Venezuelan, Nicaraguan nor Peruvian, Colombian nor Puerto Rican, Dominican nor Cuban, Salvadoran nor Mexican, because ALL are “ONE in Christ Jesus.”

It is that one where “citizenship… in Heaven” has priority, by far and away, over any earthly citizenship (Philippians 3:20-21).

Though there may be a minimum of interaction between the two congregations, each one being autonomous, it is to be supposed there would be a cordial relationship between them, of mutual respect and brotherly, Christian love, without the shadow of discrimination.

3. Mixed congregations, in which all the members of each one form, although they speak different languages, some of the congregants not understanding each other, only one congregation, under a single leadership.

In this type of congregation, the demon of discrimination has a very favorable arena for his deceitful strategies and astute, pernicious stalking.

And that is so, even though the Spanish-speaking, Portuguese-speaking, Haitian-speaking, or those speaking any other language or dialect, meet separately for worship, Bible classes, and other activities.

If the leadership programs, now and then, worship services for all the members together, plus evangelistic works all together, and fellowships all together, with the purpose of projecting their congregation as a single, homogenous spiritual entity, a model of inclusion and perfect unity, the opportunities multiply for the demon of discrimination to manifest himself in different negative ways.

The goal of forming a mixed congregation is praiseworthy. Accomplishing it to a high degree would be an extraordinary feat worthy of highest accolades.

The possibility of such success?

Most assuredly, that would depend on the maturity and spirituality of the leadership, plus the full and deep, spiritual education of each and every one of the members. 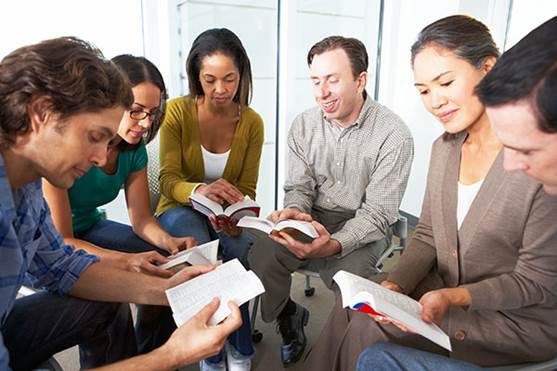 Education directed precisely and persistently toward the designated goal.

The goal perfectly defined for them, and held before them continually, using all effective means of communication available.

Including, for example, an intensive course, for each language group, on full integration into the congregation. Repeated every three months, or other time frame to be determined, for new members, whatever might be their language, dialect, or place of origin.

Not excepting Christians coming from other places, even from nearby congregations, requesting to be received as members.

Preparation for having a highly integrated mixed congregation, where discrimination would shine by its total, or almost total, absence, would begin, it goes without saying, with the leadership itself. With the elders, deacons, teachers, minister, or ministers, the secretary, security personnel, maintenance personnel; in short, with any Christian who would represent the congregation in any ministerial capacity.

For, if any of these who compose the ministerial body of the congregation should harbor feelings of discrimination toward any ethnic-racial-national-language group of the congregation, it would perhaps be hard for him, or her, not to manifest them palpably, especially in some unguarded occasion. By some dismissive or deprecating expression, a furtive look interpreted as coldness, or body language interpreted as rejection. Like being spoken to, but responding curtly, or not at all. Or simply by ignoring such and such an individual or group.

Then, negative observations begin to circulate. “Brother elder so and so… Brother deacon… Brother preacher… shot a cold look at me. I think he is not pleased with our presence here. Looks like he considers us inferior. I really am not feeling much at ease here. Brother elder so and so is very friendly with us, but that other elder is indifferent, unfriendly, cold! How many others will share his hard feelings toward us?”

Regrettably, some people who do not have all the Bible requisites, or even basic ones, come to hold positions of ministry in the church. Among them, those who have not overcome their antipathies, their personal prejudices, against human beings of other races, nationalities, or ethnic groups. These latter become victims of their discrimination, plainly and simply because of where they were born, and/or physical traits inherited.

Whatever the justifications, if anyone who ministers is not willing to stop making exception of persons, adjusting his thinking, perceptions, and practice to the model of God the Father and Jesus Christ, he really should have the sensibleness, integrity, and honesty to renounce his ministry, until understanding arrives and true repentance drives out the demon of discrimination.

“My brethren, have not the faith of our Lord Jesus Christ, the Lord of glory, with respect of persons” (James 2:1 KJ21).

In the congregation loyal to God and Christ, “There is no longer Jew or Greek;” no longer Hispanics or English, Central Americans nor South Americans, Haitians nor Jamaicans, Orientals nor Europeans, Indians nor Indonesians. Because ALL are “ONE in Christ Jesus.”

How glorious! What a blessing! What peace and security! What relief and consolation!

So then, let no one who ministers the Word of God “give… offense, neither to the Jews, nor to the Gentiles,” nor any other race or nationality, “neither to the church of God” (1 Corinthians 10:32).

Because the elder (bishop, pastor), deacon, teacher, or preacher guilty of respect of persons definitely “gives OFFENSE,” making himself a tremendous stumbling block to churches of Christ, by hindering and limiting the fulfillment of the Great Commission, as well as causing ill will, strife, and even division in the congregation of mixed races, ethnic groups or nationalities.

Sincerely repenting such a one, as the apostle Peter and the evangelist Barnabas did repent of the same sin (Galatians 2:11-21), he could continue in ministry, perhaps with even more effectiveness. Including, presenting himself as an example of spiritual growth and healthy, positive changes contributing to a congregation free from damaging discriminations.

“A congregation free from discriminations!”

Secure refuge for every soul a victim of painful, unjust discriminations that wear down the spirit of the sensitive human being.

Beautiful creation in the panorama of religious-spiritual organizations on the face of planet Earth!

A safe place where the Christian who is not a respecter of persons can renew himself, relax, and enjoy his wonderful, special relationship with God and fellow Christians.

Next article. How the elder (pastor, bishop) can serve the spiritual sheep whose language or dialect he does not understand. Soon, Lord willing.

This article in SPANISH

Article 2 of Discrimination in churches of Christ

"This Way to Heaven!" The road map to salvation and eternal glory.