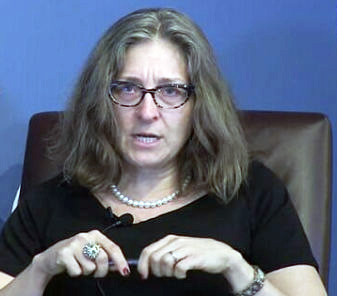 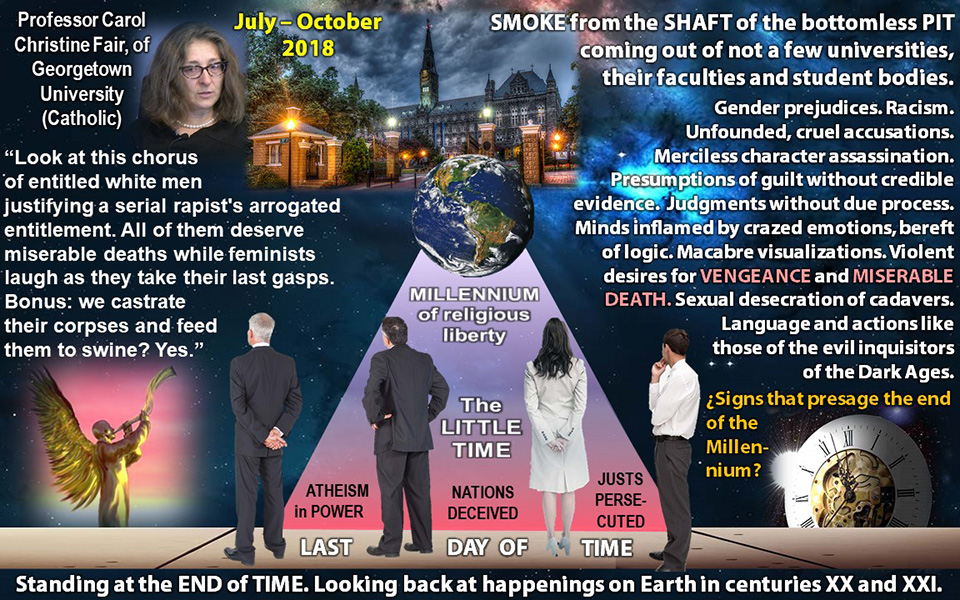 To fix perspectives, please position yourself with the three men and one woman, at the bottom of the above image, standing on the Platform in Space, on the LAST DAY of TIME, taking a look first at planet Earth there in the distance, as it moves through the 20th and 21st centuries.

Before the Last Day of Time arrives, the Millennium comes to an end.

The Millennium is a time of religious liberty when most of the governing powers of the nations of the world do not openly, physically persecute the just and good people of Earth. Particularly, the just who live according to the benevolent will of God made known through the noble teachings of the gospel of peace and salvation.

Those familiar with this fact know it is revealed in Revelation 20:1-10.

They also understand that, according to the same revelation, “a little while” will transpire between the end of the Millennium and the Last Day of Time.

This is a short time, when, generally, the secular, political governing bodies of Earth, their agencies, and representatives, are once again deceived and renew persecutions against people who believe in God, the Son of God, the Bible and the church Christ built (Matthew 16:18; Acts 2:37-47).

Of course, the multitudes who do not study Jesus Christ’s New Testament don’t know anything about these “times” and “seasons” that the properly instructed Christian understands “perfectly” (1 Thessalonians 5:1-8), but they can learn them quickly if they will take interest and be diligent in study.

They will then understand that, during the fateful “little while” before the end of time and the material universe, agents of atheism-secularism-humanism-hedonism-Darwinian evolution astutely and aggressively infiltrate governments, educational institutions, and social entities of every category.

To such an extent that they bring them under their control, an action that rapidly hurls the world toward the Last Day of Time.

In the upper, righthand area of the image, the following words appear:

SMOKE from the SHAFT of the bottomless PIT comes out of not a few universities, their faculties and student bodies.

The date for this truly scary event is: August, September, and October, of the year 2018.

While the attentive reader of Jesus Christ’s New Testament knows this shocking phenomena of “SMOKE from the SHAFT of the bottomless PIT” is projected in Revelation 9:1-5, in the vision of the Fifth Trumpet, all who disdain that Testament, not reading it, miss the blessing of the light it reveals, exposing themselves to breathing that poisonous smoke as if it were pure oxygen.

“Blessed is he who reads and those who hear the words of this prophecy, and keep those things which are written in it, for the time is near” (Revelation 1:3).

In the upper, left-hand area, Professor Carol Christine Fair, of Georgetown University (Catholic), Washington, D. C., personifies the type of educators who allow themselves to be used as instruments by which that smoke, highly noxious and often fatal to the mind-soul-spirit, enters the world of humanity.

Especially, that world of ingenious students who confide in their teachers, even taking them as roll-models.

In the upper, center, the photograph is of Georgetown University (Catholic), whose administration employs professors like Carol Christine Fair, enabling them to serve as conduits for the spreading of the venomous smoke from the shaft of the bottomless pit.

It exemplifies the kind of educational institution responsible for allowing that smoke from Hell to enter minds that tend to be very susceptible.

In the image, the hair-raising text of the E-mail sent by Professor Carol Christine Fair, October 1, 2018, appears under a photograph of her.

To the right of the globe of Earth is a list of some of the very dangerous elements that compose the deadly smoke from the shaft of the bottomless pit Professor Carol Christine Fair caused to waft around the world through her hate-filled E-mail.

Language and actions not unlike those of the evil inquisitors of the Roman Catholic Inquisition of the Dark Ages.

This was not the first such outburst by Professor Carol Christine Fair. According to an article on her in Wikipedia.org, she has a history of pumping out thick clouds of dark smoke wherever she is provided a forum to express herself, not only in the USA but also in other countries.

Speaking swollen, vain words. Promising freedom, but being, herself, a slave to the moral-social-spiritual corruption that eats away at her mind-heart-soul-spirit. 2 Peter 2:19 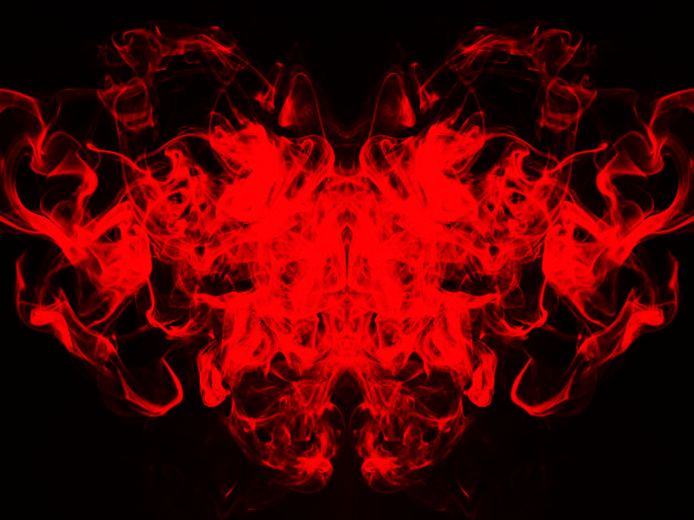 Rebelling against authority and railing against those in power, actions that not even the archangel Michael himself dared to take when he contended with the Devil. 2 Peter 2:10-11; Jude 1:9-10

How many teachers and professors, kindred spirits, more, or less, of Carol Christine Fair, are there in the educational systems of all the countries in the world today?

From pre-kindergarten through the highest and most famous centers of learning.

Conduits for all kinds of smoke from the abyss, including that of lifestyles and gender identification contrary to all nature and common sense. Inculcated from kindergarten, on.

Is our whole world becoming increasingly obscured by so much smoke from the abyss? High numbers of minds and hearts smoldering and burning with prejudices, intolerance, hate, rebellion, violence, egotism, and uncontrolled carnal-mental passions.

That light the same kinds of consuming and deadly fires -mistake it not- in children, teenagers, and young adults.

It appears that, indeed, the first “woe” is upon us.

Woe to the world, indeed, as the second and third ones unfold! (Revelation, chapters 9, 10 and 11)

Our culture is experiencing a hostile takeover. We must stop rejecting God if we ever want it to end. http://www.editoriallapaz.org/culture-morals-odio-God-religion-attacked.html

Gender Dysphoria in Children. Summary points of the complete Declaration on this subject. http://www.editoriallapaz.org/gender-dysphoria-in-children.html

As the Millennium of religious liberty wanes, there is still, thankfully, much liberty and opportunity for humble repentance.

Time for Professor Carol Christine Fair to humble herself and publicly repent, sending an E-mail to counteract, as far as possible, the previous one.

And like her, all the rest who have been overcome by the smoke from the abyss.

In the first century, when the Roman proconsul Felix heard words about righteousness, temperance, and judgment to come, he trembled, but there is nothing in his record about repentance, baptism, and right living. Acts 24:24-25

On the other hand, in the city of Thessalonica, a multitude of Greeks, including not a few of the “leading women”, humbled themselves, aligning their minds and hearts with the common-sense gospel of fair speech, right conduct and respectful treatment, even of one’s enemies. Acts 17:1-4

Wise and sensible changes that influential women like Professor Carol Christine Fair would do well to imitate. For the good of their own souls, and that of humanity in general. For professor Fair’s speech and conduct to date are profoundly degrading to her and all humanity.

To the right, above the great clock of time, the question: Signs that presage the end of the Millennium?

My personal conviction is that they, indeed, are just that.

Because the smoke coming up out of the shaft of the bottomless pit is as smoke from a great oven that darkens the sun and the air.

That is, it darkens knowledge, understanding, the truth, reasoning, sound logic, common sense of the correct, the natural sense of what is decent, dignified, and honorable.

And when this smoke ascends in great quantity, expanding, billowing and penetrating offices and aulas of educational institutions such as Georgetown University, what can be expected of students and graduates except more and ever more soporific smoke that addles and withers whole societies and cultures? 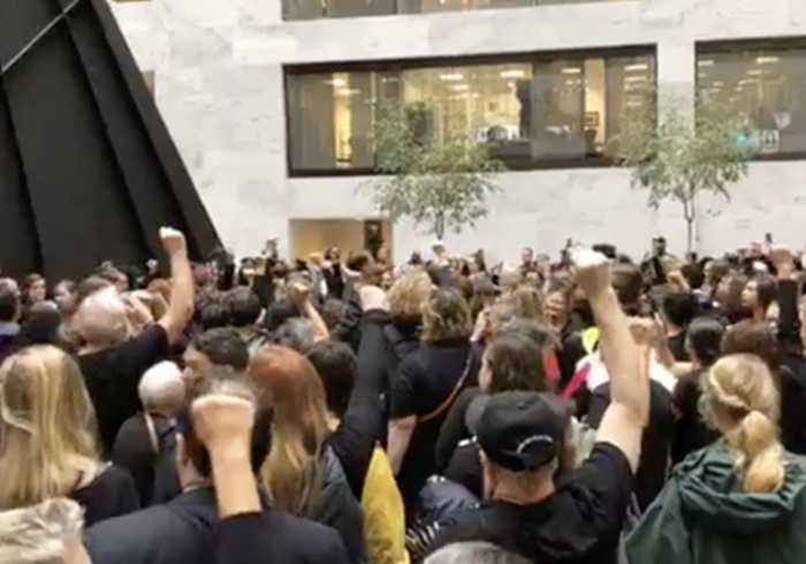 Such a state of new, emerging generations facilitates the rise to power, in all its aspects, of essentially atheistic, secular leaders, with their masses of sympathizers, who battle openly, even violently, against any, and all, “gods and goddesses,” religions or churches that do not support their agenda, curtailing, even eliminating all together, religious liberty.

Thus, begins the convulsive drama of the dreadful “little while” that immediately precedes the Last Day of Time!

And you, are you breathing and blowing the smoke from the bottomless pit?

Or, does the Sun of Justice and Rightousness illuminate you and do you breathe the pure oxygen of impregnable truths?

Why assign Professor Carol Fair a roll in the scene of a prophetical vision of the book of Revelation?

Because her present mentality and actions harmonize with the drama of that scene.

Because fulfilled prophecy legitimizes the original prophetical vision, giving credence to its source.

Because fulfillment of that prophecy should motivate serious attention to the rest of the prophecies in the book of Revelation.

“Blessed is the one who reads aloud the words of the prophecy, and blessed are those who hear and who keep what is written in it; for the time is near” (Revelation 1:3).

Dear preacher, teacher, do you read aloud the words of prophecy in Revelation for your hearers, making practical applications? If not, you miss the blessing pronounced for those who do.

Dear reader, hearer, if you do not read or hear and keep what is written in the words of prophecy of Revelation, you will miss the blessing of those who do.

By the way, you cannot “keep” that which you do not understand. So then, Revelation was not meant to be a totally indecipherable book. “…blessed are those who” not only “hear” but also “keep what is written in it.”

May you be richly blessed “with the knowledge of His will in all wisdom and spiritual understanding” (Colossians 1:9).

Blessings I, personally, constantly beseech God to bestow on me.

Previous, related subject. Going out into the FUTURE to the LAST DAY of TIME. Looking back at planet Earth in the 20th and 21st centuries.