Le puede interesar: The British approach to faith today: From indifference to open hostility. By Cal Thomas, of Fox News.

Studies in the Bible and related subjects.

Articles, tracts and Bible class guides. Slides for PowerPoint. PDF's. On this site. 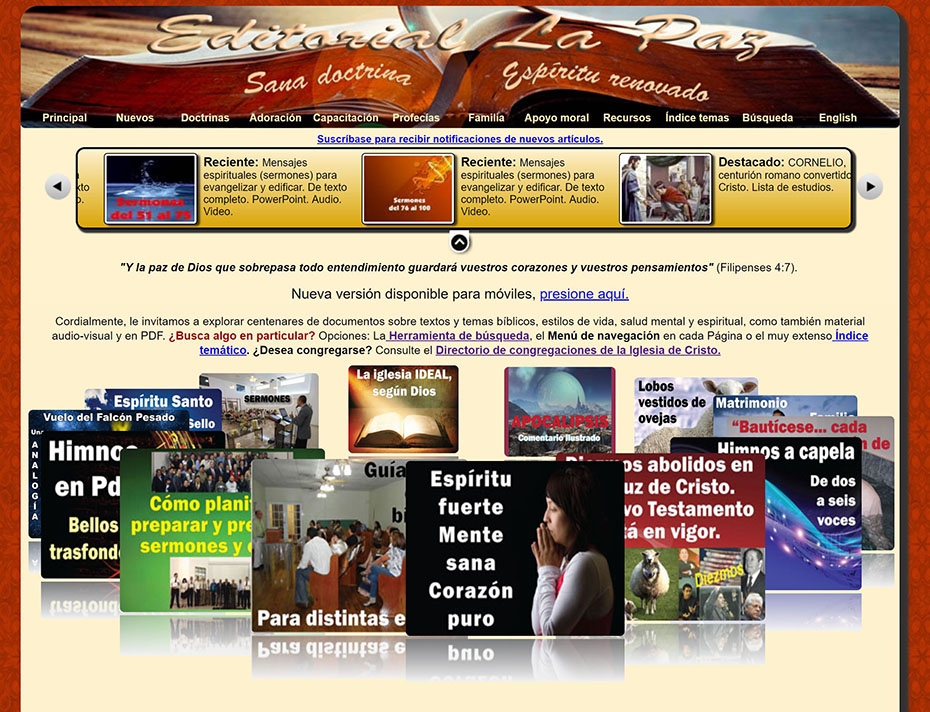 A screen shot of the upper part of the Home Page of our principal site www.editoriallapaz.org

Features of the Home Page of editoriallapaz.org

The carousel of images revolves continuously, but stops with a mouseover.

Each image is a link to the material it identifies.

At the bottom edge of the open Bible is a row of links, the last one being “ENGLISH.” Mouseover it and dropdown menus appear. There are about 40 entries in English. Thousands in Spanish. New entries and/or improved files in both Spanish and English are added weekly, sometimes several a week. For example: “The British approach to faith today: From indifference to open hostility,” by Cal Thomas. The original in English was added to the English section, and a Spanish translation in relevant Pages of the site. I plan additional commentaries and applications.

The bar of images and texts under the Bible circles continuously, with a number of titles and graphics, each set of elements being a link. Two categories, “New” and “Relevant” change according to additions being made to the site. An automatically updating database makes these features possible.

Pop-out bars on either side, not visible in the screenshot, offer additional information and options, including communication with us.

This wizardry and layout are Antonio’s marvelous creation. As is also the code that adapts the site to smart phones and other devices. 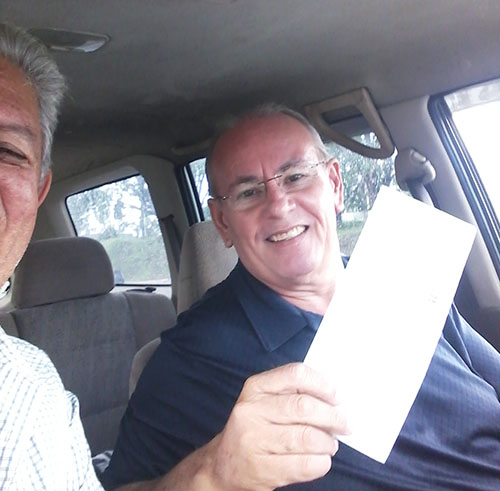 Your contributions for Puerto Rico

by churches on the island

Above. A selfie José Rodríguez, of the Cubuy, Puerto Rico church, took of himself and Rafael Álamo, on the right, of the Park Gardens, Río Piedras church. Rafael is holding one of eight checks, totaling $29,500.00, taken by Antonio Shappley to brethren in Puerto Rico when he went there in early December with a group of Motorola employees to do benevolent work for two days. The checks were made out to eight different churches of Christ. Some of these would share the donations, which came from a number of churches in the USA, through the West Broward, Plantation, Florida church, with smaller congregations, according to indications accompanying the checks, those indications based on telephone conversations with leaders of the Puerto Rico brotherhood.

A number of US churches sent contributions directly to congregations in Puerto Rico, mostly to the one in Bayamon, with its three elders and three deacons. Since the hurricane, we have been in rather frequent communication with several church leaders in Puerto Rico, and feel confident in assuring all contributors that their donations have been received and properly used.

With regard to those donations and their use, I plan to prepare, within the next few days, a special report with much more information and photographs. Also, an explanation of an extensive ongoing need in Puerto Rico and how to respond to it. Two examples are included with this report. First, Rita and I want to say “A Peaceful, Prosperous and Happy New Year 2018 to all of You!” before we get on into the year, and provide 2017 year-end statistics on Evangelism and Edification through the Internet. And, once again express our greatest appreciation for your continued prayers and support.

With brotherly love in Christ, Dewayne and Rita. 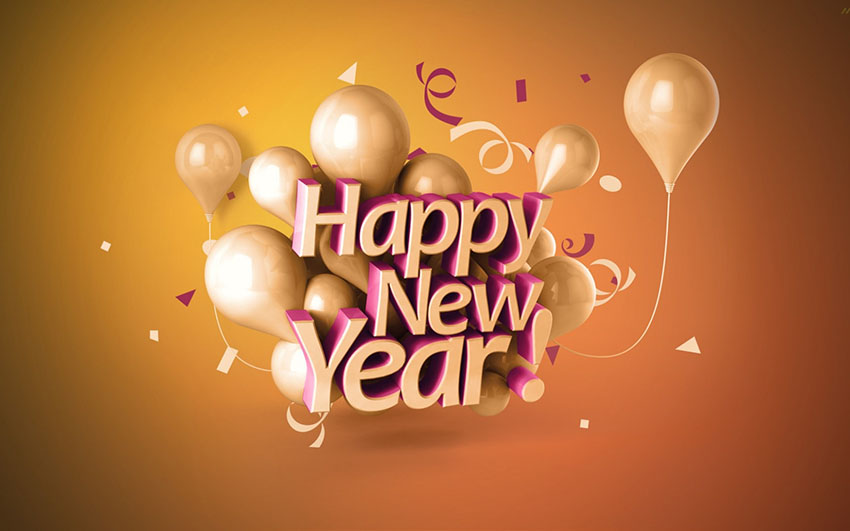