This historic event for the congregation took place Sunday, December 06, 2015, in a ceremony conducted after the worship service, with 126 in attendance. 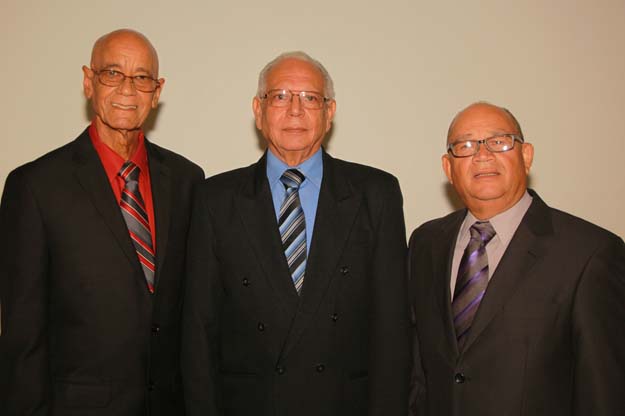 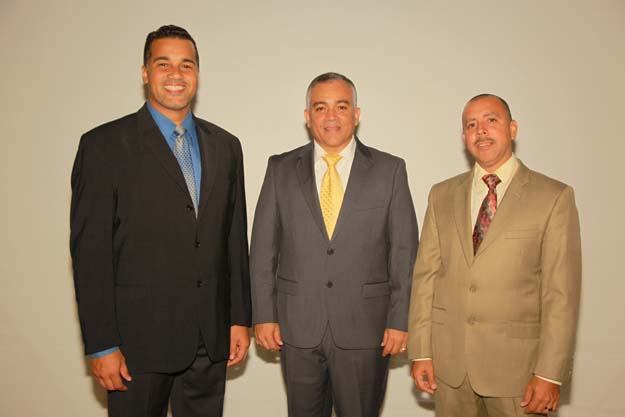 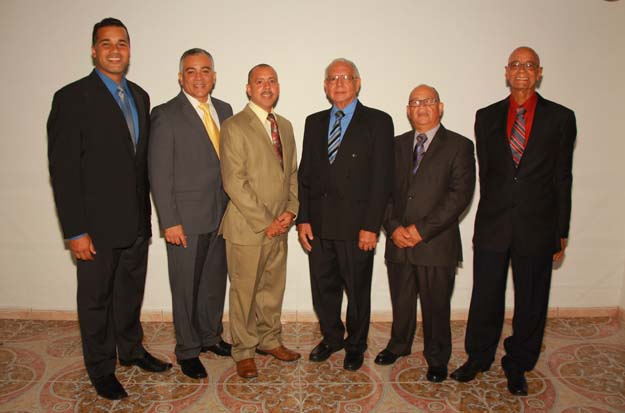 Elders and Deacons together

The total number of years these six men have been members of the church of Christ is 197, for an average of 33. 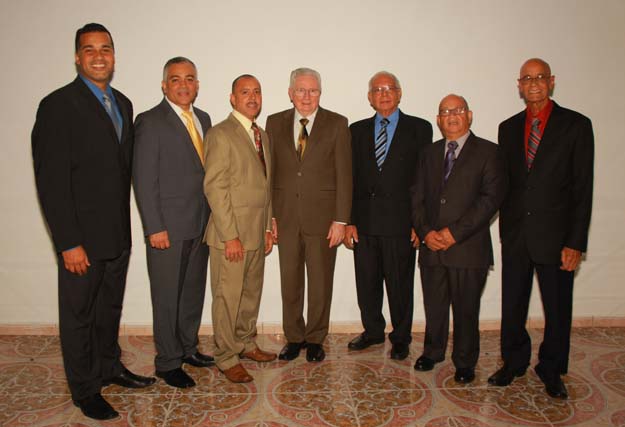 Deacons on the left, elders on the right and Dewayne Shappley, evangelist, in the center.

The church in Bayamon had its beginning in the living room of the Dewayne and Rita Shappley residence some 47 years ago. 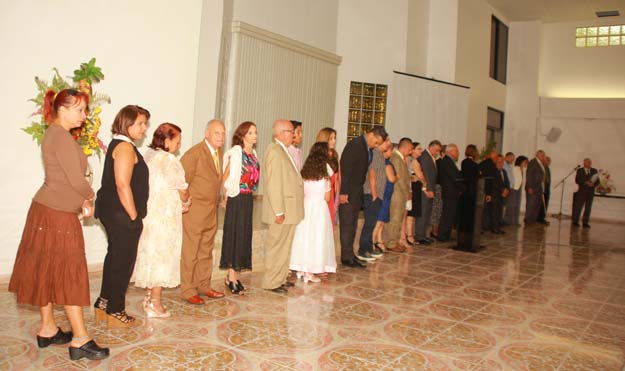 After the naming of the three elders and three deacons, we also requested Cristóbal Massa Díaz and Jorge Ginés Fonseca to join us at the front of the building. They are on the left, with their immediate families. These men are two of the six who lead the Bayamon congregation for the previous 15 years, or so. Cristóbal had served in a leadership capacity for long years before that. Our purpose was to honor both, and their families, for their considerable contributions to the development of the congregation.

At the far right end of the line are George Rieckehoff and Ramón Vargas Alicea. George has been a preacher, teacher and song-leader in the congregation for more than 30 years. Ramón, after several years in the Bayamon church, worked a number of years with the church in Barrio Higuillar, Dorado, Puerto Rico, while continuing in his secular occupation. After retiring, he and his wife, Nellie, began spending several months each year in Chicago with their three children who had moved there, and actively participate in the Spanish work in South Chicago when in that city. When they are back in Puerto Rico, Ramón often preaches and teaches classes in the Bayamon church. We wanted to honor both George and Ramon for their substantial contributions to the congregation in Bayamon.

At the extreme right, I am standing a little in front of George and Ramon.

The entire ceremony was reviewed and approved by the outgoing, six-man leadership before being implemented.

In a report to follow this one, Lord willing, I would like to present more pictures, plus additional information on the men named and the ceremony itself. The CD of pictures was given to us Dec. 16. The next day, Rita and I flew from San Juan to Fort Lauderdale, where we are at the present time, enjoying these days with Antonio, his family and the church family at West Broward.

May you and your loved ones have a happy and safe holiday season.

With Christian love and genuine appreciation for all you do on our behalf and the work we carry on,

PS In addition to this naming of elders and deacons in Bayamon, there are several more news-worthy items I hope to share with you soon.