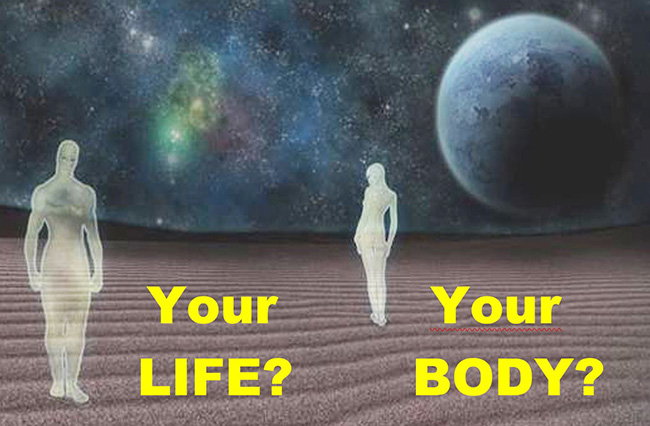 Hello? Hope you are well.

How is your life coming along? How do you feel?

I courteously ask because I value the life of every human being, only desiring the very best for each and every one.

Hopefully, my approach will not be a bother to you.

“My life? My well-being?” Thanks for asking. I’m still on my feet, and grateful for the privilege of being alive. “Privilege,” yes, for before I was conceived, I did not exist! “Plainly evident?” True. Please, allow me to explain a little.

Frankly, I, personally, had NOTHING to do with the beginning of my life on this planet Earth! I did not originate my own life. I did not begin it on my own account; by my own will. I did not visualize nor plan my presence here, for, emphasizing, I did not exist before being conceived. Did you exist before conception in your mother’s womb? This is Important for what is ahead.

Did my parents plan my conception and subsequent development? To be sure, I do not know. I never did ask them. Desire and plan the conception of a human being? Surveys show that about 50% of conceptions are not planned, and 18% are not desired. In my case, the simple fact is that a sperm cell from my father fertilized and ovum from my mother, and thus, I was conceived! 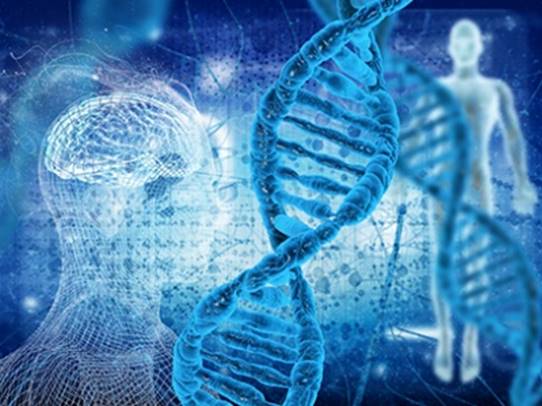 Well now, having studied these matters and reflecting on them, I comprehend that my parents did not design nor infuse with life those two highly complicated reproductive cells. Rather, they possessed them through physical inheritance. Fusing with each other and becoming only one cell, the astonishing DNA (deoxyribonucleic acid) that resulted contained the complete code for the body I do actually have!

The nucleus of the cell contained 46 chromosomes, that is, 23 from each progenitor, 32,185 genes and 3,079,843,747 bases. Nothing but random, evolutionary accidents of material nature? Hello! Renowned atheist Antony Flew came to believe in God after studying them. www.editoriallapaz.org/ateismo_Flew_cambia.htm Discovery of the elegant, stranded double helix configuration of DNA was announced in 1953. The deciphering of the genetic code was completed in 2005.

The DNA it carries within has the code for
a complete and mature human being!

Did those two cells have LIFE? Had they not had it, they would not have been able to unite. The spectacular fusion of the two cells is called “conception,” a new life being created, a new human being. Potentially complete in every detail and mature just as very precisely dictated by the programed functions of the double helix of the DNA so marvelously formed in the fertilized ovum.

Since my earthly parents did not originate the life of those two cells nor the new human life initiated in the fertilized ovum, that is, “I MYSELF,” I reason they did NOT have unconditional and absolute power over the new Human Being in formation, namely, “ME,” by right of creation. Reiterating: They did not give me life; they did not create me. They only made possible my conception, which is NOT synonymous with creation. With no intention of diminishing their rolls, for if my beloved earthly parents had not performed them, I would not exist! So then, yes, power they did have to transmit life; authority to eliminate it once transmitted, NEVER! 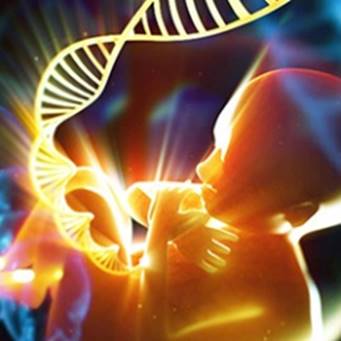 Once conceived, I EXIST! The complete code for my actual mature body being ALIVE, I repeat, ALIVE in the DNA in the fertilized ovum. Who or what organization had the authority to eliminate me, to kill me, to cut off my natural development, whether in my state as a zygote, that of fetus, infant, child, teenager or adult? To what supreme and unquestionable law would the being or entity appeal who claimed such authority? To criteria, opinions or pronouncements of purely human origin? Autocratically VOIDING my rights, your rights, to a natural formation? Progenitors, pediatricians, other doctors, lawyers, courts or judges? Fallible human beings, all of them, just as I am, just like you.

I do energetically reject their pretention to power over my person, my being, my very own human life in whatever stage of natural and normal development. What do you say about your own life?

I am able to formulate these questions precisely because I was not eliminated by people who had no right whatsoever to intervene in my natural development. 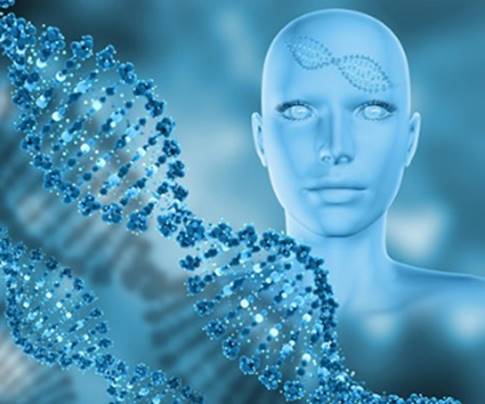 “I have control over my own body,” exclaims the woman who has decided to abort the child in her womb, that is, to terminate its life already developing naturally. However, she did not create her own body nor that of the being alive in her womb. Consequently, she is not the owner, by right of creation, neither of the one nor the other. Therefore, she arrogates to herself a power that is not inherently hers, much less that of third parties. The authority to extinguish a human life, be that her own, that of the little human being who lives in her womb, that of a family member, that of a neighbor or any other human being, SHE DOES NOT POSSESS! An instinctive, intuitive knowledge naturally held throughout the world.

At four weeks, the baby is beginning to develop
the structures that will eventually form his face
and neck. The heart, blood vessels, lungs,
stomack and liver continue to develop.

“Which life is the most important? That of the mother who is physically mature, or that of the baby alive in her womb?” To the which I respond: Considering only the physical, the mother who desires to eliminate the new human life in her womb was NOT ABORTED by her own mother. Nevertheless, egotistically, she does not wish to concede to the human being she has conceived that very same right and privilege. Women and men saved from abortion who mercilessly practice abortion! What a great injustice! A major EVIL!

In terms of quality and positive accomplishments during the productive years of a normal life, it is not yet known which of the two lives may be the most important, of greatest value! Nor will it ever be known if cruel hands extinguish, at any given moment, the new life in full development from conception to maturity.

Yearly, it is calculated that some 40,000,000 abortions occur around the world, that is, about 120,000 daily. www.wikipedia.org/wiki/Abortion  www.worldometers.into/abortions/

While it may well be that, among 40,000,000 mature people, there would be quite a large number of lives lacking in quality and positive accomplishments, it is no less certain there would be a great number outstanding for their achievements in different, praiseworthy categories (from  competent and honest farmers and artisans to proficient and upright empresarios, educators, writers, doctors and government administrators).

A lot of good, sound, compassionate and generous people.

But, there will never be in that population of 40,000,000 aborted ones! DEAD! An equal number year after year! Because those responsible for them coldly decided to ELIMINATE THEM!

A barbarous violation of “equal opportunity for every human life conceived?”

Ironically, the populations of some nations have diminished so much due to controlled birth and high abortion rates that they have opted to accept large numbers from cultures mostly foreign to their own, leading to efforts at manipulated, even forced, integration, with very limited success and no small amount of social-economic-religious-political conflict, even terrorism. Meanwhile, the multitudes of aborted could have much more easily and smoothly filled that vacuum.

Assuredly, “equal opportunity for every human life conceived” does not make a dent in the minds and hearts of youth and adults totally given over to satiating their overpowering addictions to all types of physical pleasure, sensual passion, the material. Neither in evil doers and criminals of all stripes. Nor in Darwinian evolutionists who value life only in the context of the survival of the fittest. Their thesis opens the door to the elimination of the less fit. To abortion, infanticide and euthanasia; to denying medical help to the incapacitated, whatever their age. For such, human life is no more than the product of infinite chances in a purely material world.

The great multitudes of people profoundly secularized or atheists by conviction, who treat the life and bodies of others as if they themselves had created them, are, then, naturally, those quickest to approve and practice abortion, even up to and including the event of birth.

Young females and adult women identified with such people do not hesitate to seek to end the life of the babies they have conceived. Nor is there a lack of medical personal of the same secular-sensual-atheistic-materialistic mentality ready and willing to assist them. Their reward awaits them.

The SECOND MONTH of pregnancy is very critical for the development of the baby, and any perturbation caused by viruses, drugs, or environmental factors can result in congenital defects. The pancreas, stomach, liver, lungs and nervous system of the baby develop considerably. Sensory organs such as the ears, the optic nerve, the tongue and the end of the nose continue to develop, being visible only by an ultra sound scan. The first muscles make it possible for the baby to move. The kidneys and backbone begin to form.

I do not identify myself with such people. And you? The masses drowning in their egotism, their radical individualism, their humanism, their faith in the non-existence of any being superior to the human being. It seems to me very much more logical to believe that stupendous human life -corporal, intellectual, emotional, social, moral and spiritual- was conceived by a Super Intelligent Designer, a Super Powerful Creator who set practical and noble purposes for it.

To be sure, such a Being has provided boundless evidences of his existence not only through us, his maximum creation, but by all that is visible, both alive and inert. He makes himself known as the AUTHOR of LIFE in all its tremendous manifestations, assuring us that both the human body and the soul-spirit that dwells in it belong to him by right of the Creator, including every human creature conceived, every child and every adult.

I accept his claim as totally rational, for I did not create my own physical, mortal body nor the spirit that dwells in it. The life of both comes from the Author of all life. I speak of “my life, my body, my soul, my spirit,” referring to the different components of my complex being, but not in the sense of having originated them; rather in that of having received them from their Creator. And not unconditionally, but, on the contrary, to conduct myself here in accordance with the explicit designs of the Creator.

I am granted the right to reject those designs at the risk of severe penalties or implement them, with a recompence of immense and eternal rewards. All this appears just and logical to me since I am not absolute owner of my own being by right of my own creation.

As constancy of my understanding and conviction, I identify myself with the Creator and his Son, professing faith in both. I have been baptized and persevere in the church Jesus Christ built.

For hundreds of related subjects www.editoriallapaz.org

Materials in ENGLISH on this site. Tracts, sermons, guides for Bible classes, PowerPoint.

SPANISH version of the article on this Page